They, the powers that used to be, are trying it again.

You know, the whole ‘problem, response, solution’ thing that they use to control large numbers of mostly hypnotized people on this planet. They create a ‘problem’ that causes you to go into fear mode which is chemically triggered by the R-complex in your lower brain matrix, and then they control you through your emotions by manipulating events such that you agree to give them your power in exchange for them providing a ‘solution’ to the ‘problem’ that they caused.

They had thought that their ‘israel versus iran’ problem would be sufficient to lever the planetary populace into a middle east focused global war. It did not work since so many of us were watching for so long.

Note, and you may certainly argue with me, that the planetary populace focus on the potential for a [nu-war] beginning with the [israeli mistake] has contributed to the destruction of potential emotional energy for that war to exist. Also note i am not saying anything more than words from hph *participated* in the process of grounding that potential war. It works on an energetic level beyond the condensate matter plane which is the ‘place’ where your body, the planet, universe and all the pies exist. It works at this energetic level by concentrating ‘attention’ which is a form of ‘directly focused consciousness (note…little ‘c’ consciousness, not BIG ‘C”). This directly focused consciousness acts as a spot light may act on a particularly vulnerable area of a house, which is to say, preventing burglary and other mischief due to the ‘exposure’ to the whole neighborhood.

So they fell back to Plan ‘B’….. also please note that tptw (the powers that were) undoubtedly have Plan B as a bolded statement in their minds. This is due to their whole attitude of “we are the grown-ups in this world” and we have ‘really really serious plans’. Yeah..right (sarcastic derision here).

The Plan B, it appears, is to generate a war between amongst the Korean peoples. Nope, not as good as getting the whole planetary populace whipped up about the Israeli’s and Jews versus the Farsi and Islamists, but hey? what can you do…it’s a plan B. Ok, so mostly Korea is too far away from the energy (oil) center of the planet, (note that location matters to tptw in their majic plots, so to have to move their war is quite irritating indeed), and outside the usual emotional framework of the hundreds of millions of sheeple that tptw (the powers that were) are trying to herd, but what the hell. In cases of desperation, you take what you can get.

So they are trying to promote this latest [nu-war] effort into their [coup-de-grace] that would, in their twisted reptilian minds, lead to WW3, then the N W O, and their wet dream of the great harvest of souls.

They are desperately working their Plan B, this is, by the way, their response to the Chinese submarine continental ballistic missile signal off the coast of California. All this shit is connected…in case you were not paying attention.

The Plan B, again as an aside, is no where near their ideal energy draining control-of-planetary-humans optimum, and they, that is the former powers-that-be, are in a desperate, and intensely fearful state, as they realize just how shaky their position has become. They know they are in deep and sinking fast.

So look for them to be both stupid, and careless.

Since the former-powers-that-be are trapped in ritualistic, even reptilian, thinking, they will re-run one of their previous hits, which is to say, expect another ‘gulf of tonkin’ incident. Only this time in the seas off of Korea, and considerably more violent. In fact, judging from our emotional quantifiers and the steady erosion of emotional tone sums within the FPTB (Former ThePowersThatBe) entity in our modelspace, they will likely have to pretty much totally destroy at least 1/one large, American carrier group in the Gulf Of Tonkin Incident, Part Deaux.

Now please note…if you are ignorant of what the Gulf of Tonkin Incident is, and how it affected your life and the social fabric of the planet, you should go look it up now. We will wait till you get back…

And now we have our cultural perspective, yes? The twisted humans that we all call minions, also known as scummy politicians, are being instructed by their masters, which include but are not limited to, the banksters, to ‘play’ us all with a new war, and to do it NOW.

This will be their ‘problem statement’, that they anticipate will drive the North Koreans quite batshit, and they in turn will respond violently (as they have been trained by decades of trauma induced and planned by the old TPTB).

The violent response is likely to be an unexpectedly sophisticated low flying missile attack on multiple ships in a carrier group. The attack, as tptw hope, would be devastatingly successful since the American fleet commanders are *not* aware that they are the sacrificial goats this time. The use of the word ‘goats’ is quite specific as many of the upper echelon naval surface ship officers are masons ( a secret society abhorrent to regular humans), and thus really should know better. But, probably they were out the day of the meeting and so were chosen to be the goat by everyone else. Yes, masons, i do know of what i speak and the mental image in your mind now is quite deliberate.

The resultant horrific destruction of ships and men, it is thought by the former-powers-that-be, would be enough to compensate, energetically, in sparking their global war.

Well…. time and all the planetary humans will determine the outcome of their Plan B approach.

You see, it is a question of energies, not only nuclear and armies of men and machines, but also of the energy of focused attention by humans. This is the woo-woo part in case you had not noticed.

The focused concentration of all the planetary humans is now being directed to the stage play organized by a bunch of twisted/damaged minds around the traumatized Korean peoples. For them, that is, the twisted fuckers who planned this, the situation *appears* to be a prime Plan B.

But, as any human knows, plans usually don’t work out in manifesting universe, at least not as conceived inside the limitations of mind. To think otherwise is delusion…do not kid yourself.

So…what i am doing is to consider the problem of the Korean peoples not from the view being crafted by tptw and their loyal but stupid press minions, but rather to focus my attention on the whole production (getting my mind away from their narrow perception), and to consider the Korean peoples not as warring parties, but as a family of related humans, deeply traumatized by the insidious and hideous actions of a small group of power elite that behave as though they are not human.

Now then, what is to be done about Plan B? Well….do not expect me to answer that question for you. There are thoughts i have, mainly of trying to heal the trauma state of the Koreans, and yes, some of the healing involves pie (if you don’t get it by now, and can’t smell the cinnamon wafting up in the warm scent of baked apples carried by the gently roasting wheat, then you seriously need to learn to bake). And yes, they, the thoughts are a good start, but obviously not enough.

We live in the plane of matter condensed from the energy of universe. Some of the thoughts must express themselves on the material plane….thus this missive. Not a missile. Rather a string of words designed to excite other words in other minds until maybe, just maybe, within the storm of words, will arise the necessary vibrational harmonic that will begin the resonance that will derail Plan B.

We could tell the American navy guys, through their buddies in secret society criminal activities, the masons, that we know. But you can’t warn them…that would probably be some kind of criminal act under the many constraining ‘laws’ from the minions and tptw (the powers that were).

But, we could express our sadness – to them, their families will find out soon enough so don’t go adding to their up coming trauma and please stand by to aid and comfort all of the families of those who will be sacrificed for the political and banker welfare in this next new war.

This needs to be treated with respect as these men and women will all soon be dead and deserve no less than our serious intent to preserve their lives, even if they think the wu-jo to be woo-woo, and their ‘mission’ to be righteous.

If you take their death and their mission seriously, and acknowledge their courage, even in the presence of the larger ignorance about their fate, then they may be reachable. Not that it would, or even could change much. Been there (military brat), so i understand the situation that traps these brave humans.

We could figure out a way to tell the Koreans that they are being ‘played by the elites’, but will they listen? Would they recognize the power that they have to step outside the paradigm being rapidly built to fence them in to a cage match? Would they, even if they understand the broader strategy employed against them, have the raw human courage to stand up and say:

“I am human. I am courage personified. I fiercely fight for my family, my tribe, my country, my planet. I do not fight for profit and amusement for twisted minds. Your fucking war does not start with me.”

The Koreans that i know are such people as to say this. They are the koreans of the Tae Kwon Do…which is also an art of peace.

But I am open to suggestion. These are just my thoughts, what are yours?

If we don’t do something, the obvious will continue. This Plan B does not suit me, how about you? 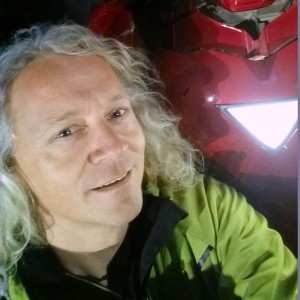 Finansanalytiker
“Since New York Fed chief, and former Goldman Sachs partner William Dudley, signaled his support for QE-2 on October 1st, a “dangerous divergence” has begun to develop, – or rather, a tug-of-war between the stock market bulls, ….”

Godt å se deg tilbake Frank, welcome back to planet earth, please stay, we might need you in the turbulent future ahed :D

“There’s an old saying in Tennessee – I know it’s in Texas, probably in Tennessee – that says, fool me once, shame on — shame on you? Fool me – you can’t get fooled again.”

Were a nation addicted to fooling!

What I think and Why Through My Research about Clif High and the Webbot Technology Being Used To Try To Manifest Negative Events – How I came to the Conclusion!

“You will therefore be surprised to learn that Wikileaks is in fact a US-front organisation, or at the very least a Mossad operation. It is intent on undermining peace in the Middle East, and discrediting the region’s leaders and Iran in particular.” Sier en kilde fra Iran; 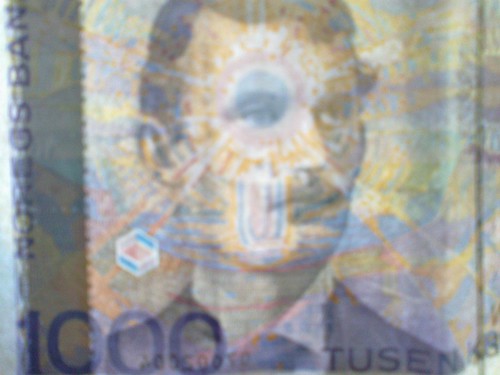 De 9 linkene overfor bekrefter ikke “Wiki-Leaks-Serves-Israeli-Agenda-Of-Demonizing-Iran”. Kildene gir ammunisjon til alle parter
(fra link nr 2)
“There is more to be gleaned from what Wikileaks doesn’t report than what it does. – Among other things…
Israelis in northern Iraq, supporting the PKK’s independence activities in southeastern Turkey and northwestern Iran
Opium poppy cultivation in Iraq
Record opium crops inn Afghanistan
Israelis and Indians in Afghanistan”

Fra den øverste linken:
In Israel the prime minister, Benjamin Netanyahu, said that he felt vindicated by [Wiki-leaks] revelations about the extent of international and Arab concern about Iran and its nuclear programme. “Israel has not been damaged at all by the WikiLeaks publications,” Netayahu said.