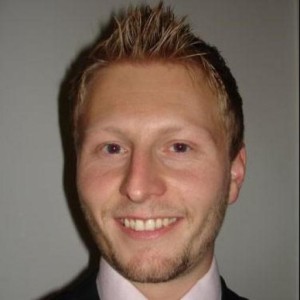 “Upon digestion, aspartame breaks down into its components – the amino acids, aspartic acid and phenylalanine, and methanol – which are then absorbed into the blood. These components are used in the body in exactly the same ways as when they are also obtained from common foods and beverages. Neither aspartame nor its components accumulate in the body over time.
As can be seen in the charts below (se hjemmesiden), the amount of aspartic acid, phenylalanine, and methanol produced during the digestion of aspartame is small compared to that which is obtained from common, everyday foods. In fact, a glass of tomato juice provides 6 times as much methanol as an equal amount of beverage sweetened with aspartame. A serving of skim milk provides about 6 times more phenylalanine and 13 times more aspartic acid than the same amount of beverage sweetened with aspartame.”
Sier den offisielle siden til nutrasweet. http://www.nutrasweet.com/professionals/index.asp

“Results of these tests were criminally falsified – then submitted to FDA! When the temperature of Aspartame exceeds 86 degrees Fahrenheit [body temperature is: 98.6], the 10% methanol [wood alcohol] in ASPARTAME [aka NutraSweet/Equal] converts to formaldehyde [embalming fluid] and then to formic acid [toxin found in ant sting venom].” http://befreetech.com/aspartame_facts.htm

“Several law firms have asked for copies of research and are compiling aspartame poisoning case histories. They are considering filing a Class Action lawsuit against the manufacturers of aspartame and distributors of aspartame.
The Aspartame Toxicity Information Center answered a request for research and historical documents related to aspartame. I have been told that the attorneys are focusing initially on collecting cases of aspartame-induced seizures and brain cancer.” http://www.holisticmed.com/aspartame/lawsuit/

“Aspartame is a multipotential toxin and carcinogen. The dipeptide component of the molecule can alter brain chemistry, significantly changing the ratio of catecholamines to indolamines, with resultant lowering of seizure threshold, production of carbohydrate craving and in vulnerable individuals leading to panic, depressive and cognitive symptoms.” Dr. Betty Martini (2006), http://www.wnho.net/aspartame_and_children_report.htm

“Aspartame is the technical name for the brand names, NutraSweet, Equal, Spoonful, and Equal-Measure. Aspartame was discovered by accident in 1965, when James Schlatter, a chemist of G.D. Searle Company was testing an anti-ulcer drug.

Aspartame was approved for dry goods in 1981 and for carbonated beverages in 1983. It was originally approved for dry goods on July 26, 1974, but objections filed by neuroscience researcher Dr John W. Olney and Consumer attorney James Turner in August 1974 as well as investigations of G.D. Searle’s research practices caused the US Food and Drug Administration (FDA) to put approval of aspartame on hold (December 5, 1974). In 1985, Monsanto purchased G.D. Searle and made Searle Pharmaceuticals and The NutraSweet Company separate subsidiaries.

Aspartame is, by far, the most dangerous substance on the market that is added to foods. Aspartame accounts for over 75 percent of the adverse reactions to food additives reported to the US Food and Drug Administration (FDA).

Many of these reactions are very serious including seizures and death as recently disclosed in a February 1994 Department of Health and Human Services report.(1) A few of the 90 different documented symptoms listed in the report as being caused by aspartame include:

According to researchers and physicians studying the adverse effects of aspartame, the following chronic illnesses can be triggered or worsened by ingesting of aspartame:(2)

“The calculated level of formaldehyde exposure is approximately 61.3 mg (milligrams) for every liter of aspartame ingested. That is over twice the level necessary to cause irreversible genetic damage in humans and several times the level shown to cause chronic neurological, cardiovascular, musculoskeletal, and other symptoms in long-term industrial exposure research.” http://www.holisticmed.com/aspartame/summary.html

“Independent research finds problems with aspartame. An analysis of peer reviewed medical literature using MEDLINE and other databases was conducted by Ralph G. Walton, MD, Chairman, The Center for Behavioral Medicine, Professor of Clinical Psychiatry, Northeastern Ohio Universities College of Medicine. Dr. Walton analyzed 164 studies which were felt to have relevance to human safety questions. Of the 90 non-industry-sponsored (independent) studies, 83 (92%) identified one or more problems with aspartame. Of the 74 aspartame industry-sponsored studies, all 74 (100%) claimed that no problems were found with aspartame.” http://www.holisticmed.com/aspartame/summary.html

hi
my name is marius johnsen, and i reside in trondheim, norway. i am about to use your aspartame-product (nutrasweet) in food for my children and wonder if you could send me a health-and-safety-documet for this product? you know the kind of sheet used for chemical regents. i am chemistry-student and try to investigate all the products i feed my kids. you can not be carefull enough in this life and time, and i dont want to expose my children to anything that will be harmfull to them.
I have done som research on aspartame and found that many people belivede that it is very harmfull for the body. i find this hard to belive because aspartame is used in so many products on the common market.

i look forward to your respons
regards marius johnsen, norway

Thank you for writing. We appreciate you taking the time to learn more about our product.

Aspartame is safe. It has been tested for more than three decades, in more than 200 studies, with the same result: Aspartame is safe for use. Aspartame has been reviewed and determined to be safe by the FDA, Joint Expert Committee on Food Additives (JECFA) of the Food and Agriculture Organization/World Health Organization, the Scientific Committee on Food of the European Union, and the regulatory bodies of over 100 countries.

In addition, The American Medical Association’s Council on Scientific Affairs, the American Diabetes Association, and the American Dietetic Association have reviewed research on aspartame and found it to be safe. Links to numerous other health organizations, which have confirmed the safety of aspartame, can be found at http://www.aspartame.org.

The NutraSweet Company has been responsive to concerns raised by scientific critics, regulatory agencies, congressional hearings and the media. Since 1965, aspartame has been studied extensively resulting in an impressive collection of scientific data. With approximately 200 studies conducted in humans and animals, the safety of aspartame has been well established. The results of these scientific documentations have shown that eating products sweetened with aspartame is not associated with adverse health effects. The only people who must restrict their intake of aspartame are people with phenylketonuria (PKU), who are on special diets; they must be aware that aspartame contains phenylalanine.

The components that make up aspartame are also found naturally in common foods, including meat, dairy products, fruits and vegetables. Aspartame is made by joining two amino acids, aspartic acid and the methyl ester of phenylalanine. After ingestion, it is broken down to its original components and utilized by the body in the same way as when derived from everyday foods.

Aspartame is quickly metabolized to its two amino acids and methanol through normal pathways. The methanol is identical to that which we consume in much larger concentrations in fruits, vegetables and their juices, for instance. It is part of the normal diet. For comparison’s sake, the amount of methanol resulting from drinking a 12-ounce can of soda sweetened with aspartame is less than that obtained from drinking an 8-ounce glass of grape juice.
The phenylalanine is in what is called the methyl ester form. Methyl esters occur commonly in foods. During absorption and metabolism of this methyl ester, methanol is released. The body actually converts methanol to formaldehyde and then to formate. Formaldehyde is almost instantly converted to formate, which is then quickly eliminated by the body in the form of carbon dioxide and water.
Many of us are unaware of the processes our bodies go through daily to digest and metabolize the various foods we eat. This is one of those processes. I have also attached the Spec Sheet for Aspartame which includes Nutritional Information.
If you have further questions, please feel free to write again. Again, for additional scientific and health information, please visit http://www.aspartame.org.