What we have done now is had our energy systems designed by bureaucrats instead of by engineers, and what we’re getting is worse energy, more expensive energy, and higher environmental impacts.

Do not allow excessive CO2 levels in greenhouses. Levels of 5,000 ppm can cause dizziness or lack of co-ordination to humans. Higher than recommended levels can cause necrosis of old tomato and cucumber leaves.

… that would have richer countries compensate poorer nations for damages allegedly caused by carbon emissions at the United Nations COP27 climate conference, according to Reuters..

Ukraine’s Prosecutor General has attempted to explain graphic videos depicting the apparent execution of unarmed Russian POWs by Ukrainian servicemen that have been circulating on social media. According to Kiev, Russian soldiers committed «perfidy» and only imitated a surrender, and as such their killing was justified.

More frequently we find these, where the fallacies are more subtle:

The country’s top economists are in agreement that the Federal Reserve is necessary for economic prosperity.

Is it true? In a literal sense, yes-the top economists wouldn’t dream of doing without a central bank. Or if they did it would be considered a nightmare.

So, is our work finished? Do we affirm it as true and move on?

No, because the statement suggests that unless you’re a top economist, you have no grounds for disagreeing. I call it the «Who are you?» (Quis es?) fallacy. History tells us experts can be dead wrong, so let’s at least mount a challenge, shall we?

On Twitter, the 66-year-old lamented that she now “sits dressed in a coat and with a third cup of hot water – also to warm her hands – in the office”.

The Green politician, who collects a monthly allowance of €10 323.29 and has been a member of the Bundestag for 20 years, expected sympathy from her followers, but instead received scorn and ridicule. One headmistress replied: “I’m laughing quietly and can barely resist feeling scorn… We are doing this for the third winter at the schools. And who cares? Not politicians.”

Another commented: “Next week wear an FFP2 mask all day long, then you’ll know yourself what you have done to students for many months.” Another wrote to the former Federal Minister: “Dear Mrs Künast, at home at the moment I’m still only heating the bathroom. Because I’m scared of the cost. Unfortunately, I have no sympathy for you at the moment.”

And a former mathematics professor commented: “Well, you may be cold because you are following the reasoning of your own greenness. But complain about it here? This is almost an anti-election campaign. Yellow card!” 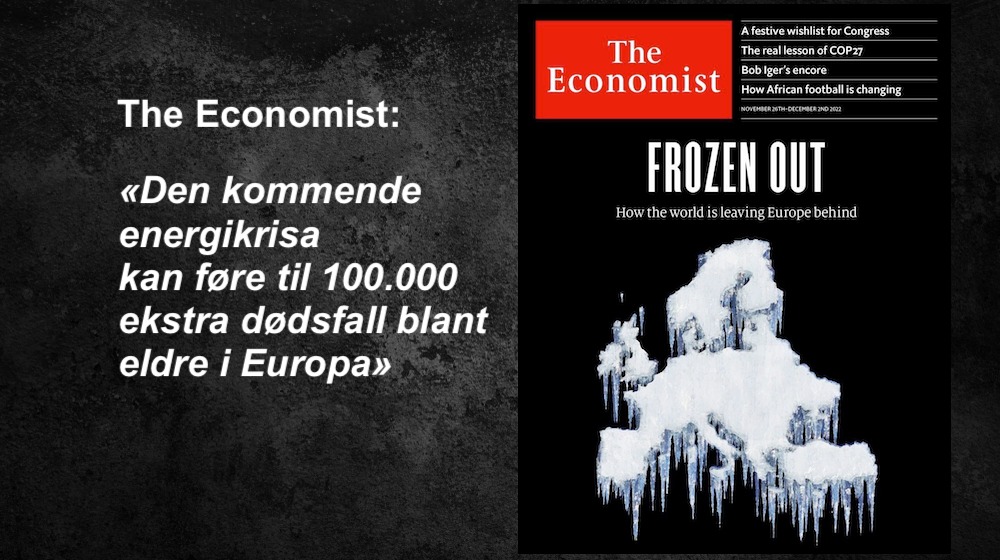 Bombshell MIT Study Reveals ‘Earth Can Regulate and Stabilize Its Own Temperature’
https://newspunch.com/bombshell-mit-study-reveals-earth-can-regulate-and-stabilize-its-own-temperature/

Fifty organizations dedicated to food sovereignty and food justice issues are calling out Bill Gates over his latest claim that technology is the solution to world hunger and food sovereignty. 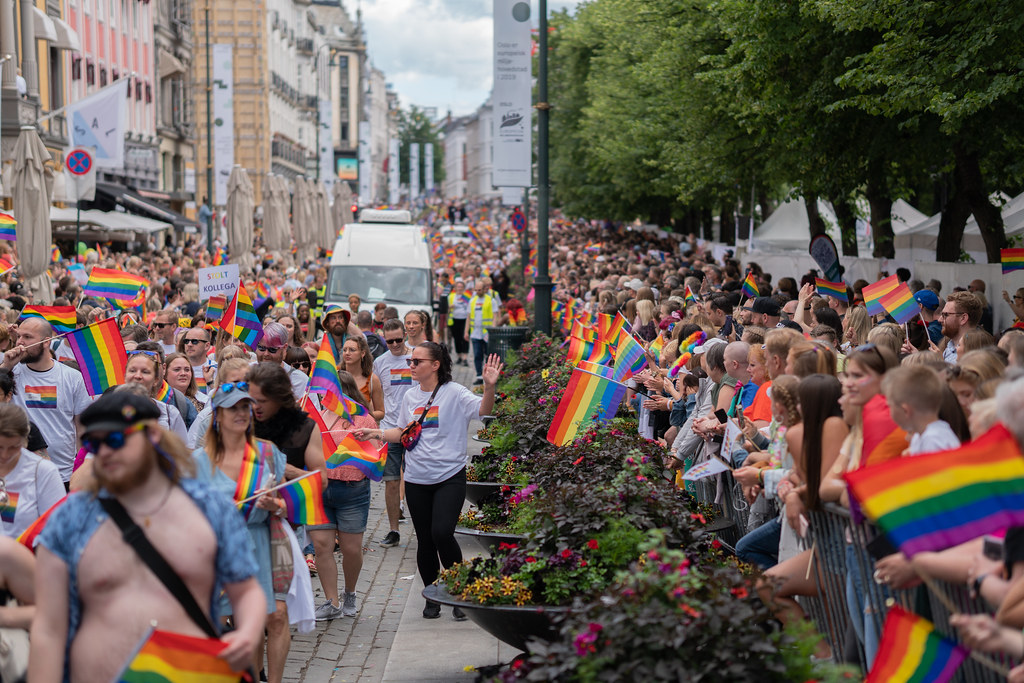 Preservation of our natural world

Consideration of humans and our interdependencies

Everyone sees electric transports as the future and clean when they are the opposite. They are what will stop the promising future for humanity besides being incredibly dirty for the environment, although at first glance they seem clean and they rely on that illusion to manipulate the masses. It applies to buses, bicycles, motorcycles, trucks, scooters, skateboards and everything electric.

The main problem I see is that people believe that electric cars will replace the combustion ones little by little until everyone has electric ones, and that, although today the costs of buying an electric one are very high, it will go down. That’s a trap.

What will happen is… they’re not going to go down, they’re going to go up. One of the main reasons is that Lithium is getting scarcer and scarcer and this is seen in the high production costs and the demand is getting higher and higher because Lithium is used in all batteries, cell phones, computers, chips, basically everything electrical. So the cost of production of everything electrical is getting higher and higher. Not to mention that Lithium mining uses mainly extremely underpaid labor, sometimes slaves, and many times also children, with extreme cruelty.

So what the manufacturers of automobiles and everything electrical are doing is reducing the amount of Lithium in the components, especially in the batteries, which impacts the quality and durability of the final product in the hands of the consumer. This will cause that as soon as the combustion engine cars are removed, around the year 2030 to 2035, because they will be removed by decree and by obligation and they have already said it, the normal population will not be economically able to buy an electric car, leaving the private cars only in the hands of the richest. It is a lie that the prices of electric vehicles will drop.

Many people in the automotive world have said that, given the problems of Lithium costs and production of electric cars, they believe it is untrue that they can replace gasoline-powered cars in the market in such a short time as around 2030. They are absolutely right, but what they cannot see, or ignore, is that the purpose is precisely not to replace them, but to leave the normal civilian population without a car or private vehicles and having to resort to public transportation. Leaving electric cars only in the hands of the super rich and corporations. All this with an obvious agenda of control over the masses and limitation of capabilities of all kinds.

It is also very important to emphasize that electric vehicles, as well as everything connected to the Internet, are already and will be even more under the centralized control of those in power. That is to say that the controllers, the government, can shut down any electrical device remotely, including vehicles, in order to limit the ability of a city, town, nation, or specific individuals, for example those who are against the system, to move. Turning all electric vehicles against the population as another method of mass control.

I am not against electric vehicles viewed objectively, as the physical «apparatus» under ideal conditions. In virtually all advanced non-terrestrial societies basically everything is electric with few exceptions such as the use of sails on ships. The problem is that in the Earth framework concept, something objectively good is used against the population, by selling them the isolatingly good idea without the population seeing the bad side and the consequences.

However, having said that I am not against electric vehicles, I must say that I am against terrestrial vehicles since what reaches the consumer is a cheap caricature with programmed obsolescence, too high costs and of terrible overall quality. All manufactured with the concept to be disposable (another factor of extreme pollution of electric vehicles). Once again emphasizing the agenda of control over the civilian population as electric vehicles can be deactivated or driven by remote control from government headquarters, turned off or deactivated at will.

A testament to the poor quality of battery components is the plague of unquenchable fires that these vehicles suffer from all over the world. Even scooters and bicycles are catching fire.

There are other risk factors against electric vehicles, for example an EV car weighs much more than a combustion engine car, and in vehicle-to-vehicle crashes around the world they are killing drivers and passengers of conventional vehicles, as they weigh more and cause an asymmetric collision between vehicles of very different weights, literally crushing the conventional ones. The rate of death by automobile accident is rising alarmingly since the advent of the EV (Electric Vehicle). Almost no one is seeing this growing problem.

Another factor is that an EV vehicle can only be serviced at agency shops (and sometimes not even there) as they have electronic systems that require extremely expensive diagnostic equipment and specialized training that private mechanics cannot afford. EVs have a tendency to electrocute mechanics, which puts another sector of the population out of work.

The fact that they are apparently clean is used as a weapon to control minds that cannot see beyond, because for those minds it is more than evident that a car in bad condition pollutes with smoke, not to mention a bus or a Diesel truck that releases noxious black smoke. The problem is that here only a local contamination of the surrounding area of the truck is observed, with an evident atmospheric accumulation in a big city especially if there is a phenomenon of thermal inversion. But at a civilizational and planetary level, the electric car, all electric vehicles (EV’s), pollute and destroy much more.

It should also be mentioned that the Cabal’s allegation is that combustion cars release large amounts of CO2 that cause climate change. This is a lie in all its expression, since CO2 is NOT a pollutant and is necessary for plants and for the synthesis of planetary life. It has also been proven that there is NO climate emergency, and that this is all a big lie to use as an excuse to impose control agendas on the population.

Electric vehicles pollute much more because the vast amount of electricity comes from ionizing nuclear power plants in the energy release phase, not absorption, which in turn depend on coal based power generation plants that burn and release huge amounts of CO2 (which the same people promoting electric vehicles say is a pollutant, although it is not), plus countless other highly polluting gases and wastes, leaving alternative generating plants such as wind and geothermal as little more than useless curiosities.

Having said that power plants are pollutants, the type of waste is not so dangerous in the long run or for the planet as a whole, since all the science that supports the greenhouse effect is totally false and implemented to impose their control agendas manufacturing excuses to implement «measures» for their NWO.

Also the manufacturing process of Lithium is extremely polluting to the environment as well as the Lithium itself that is released when it decomposes and when disposing of components such as car batteries, cell phone batteries, and anything else that contains it. And here it becomes more costly to dispose of an electrical device containing Lithium and this includes EV cars and trucks, motorcycles, scooters and bicycles, leaving huge landfills and dumps full of scrap metal leaking Lithium and other pollutants straight into the ground below.

After agreeing to the climate financing framework, the U.S. also called for the inclusion of a pledge to phase out all fossil fuels which would build on the 2021 agreement to “phase down” coal use, according to Bloomberg.

The Tavistock training included a 2022 lecture entitled Whiteness—a problem for our time. This is publicly available and can be viewed at this January link and this November link.

This is, of course, the neo-Marxist Critical Race Theory being applied in the UK’s taxpayer-funded National Health Service.

In this discussion, Amy Gallagher discusses her experiences of encountering this ideological bias in the teaching she was receiving (and was paying for), and the nature of the response that her questioning of this narrative received from the management of her employer.

It was formed when a small international group of people from the fields of academia, civil society, diplomacy, and industry met at Villa Farnesina in Rome, hence the name.[2]

You are going to send email to
Move Comment