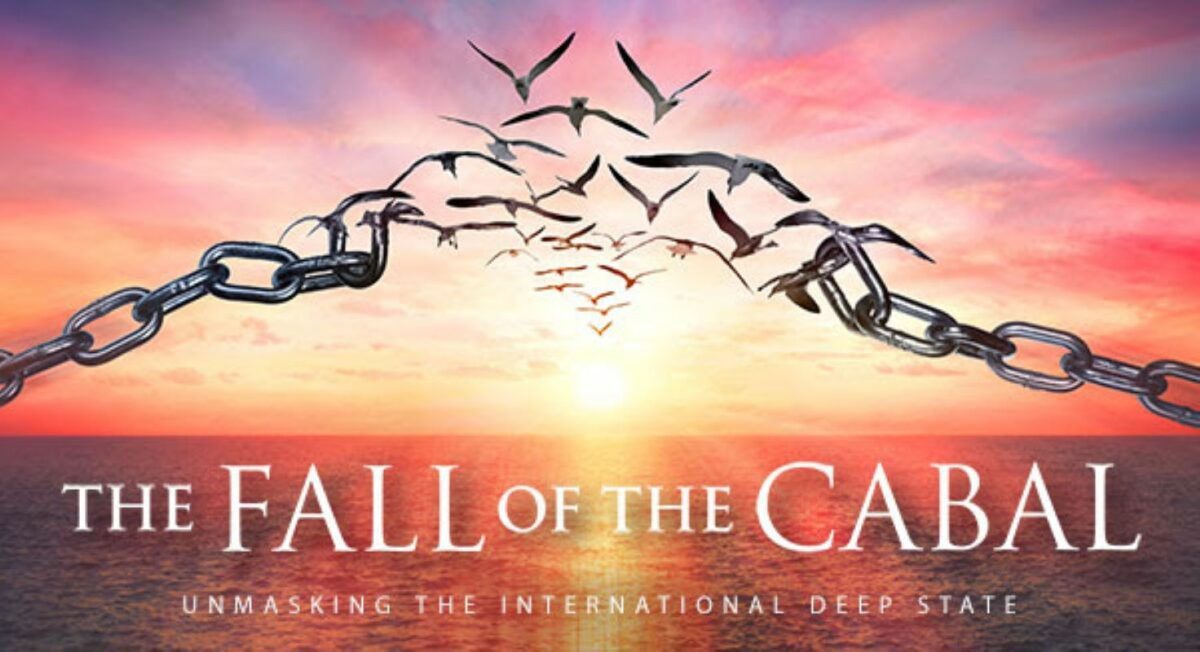 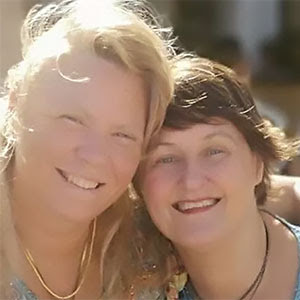 THE SEQUEL TO THE FALL OF THE CABAL – PART 1

Join the Great Rejection – Joseph Mercola
In the meantime, I believe we’re in for hard times. Government will likely continue pushing for more mRNA jabs, the WHO will continue its power grab to control health decisions worldwide, food shortages will likely become reality, the censoring of truth will continue and people we know and love who took the jabs may suffer and die.

It could continue getting worse for two or three years, maybe longer. So, prepare for all of it, mentally, emotionally, physically and materially. As intent as the global cabal is on a Great Reset, we need to be just as intent on a Great Rejection of their plans.

Many systems do need to be dismantled and rebuilt, especially our regulatory, financial, educational and medical systems, but they need to be rebuilt by us, the citizens of each nation, not the technocratic, transhumanist billionaires who believe the right to rule is theirs alone.

As for our so-called health agencies, they’ve demolished every ounce of trust there ever was, and I suspect the only way the American people will ever accept advice from them again is if there’s a complete reboot. Not a single administrator or adviser from the old guard can be left. Not a single process can be left unrevised. Missions need to be revamped and oaths to protect public health need to be written and sworn.

All of this will take time and effort, but it can be done. So, I encourage you to search your heart to determine what role you may be able and willing to play once the antihuman globalists are knocked off their pedestal and the true rebuilding begins.https://takecontrol.substack.com/p/cdc-hiding-data?ui=a993cf279f4949f13147c372dcb8c772759fadc9f2e2e56e6affc1a5913596cb&sd=20150101&cid_source=dnl&cid_medium=email&cid_content=art4HL&cid=20220815Z2_NB

Part 4: (video 1:30:00 –)
Media
– Not a single annoucement will reach the public without our control

Statsminister Orban: The globalists can all go to hell. I have come to Texas.

– Because Covid vaccines can’t have serial numbers and for other reasons, we have no idea what was in the jab Tedros got, if anything besides water or a blunt needle cap pressed against his skin. Tedros sounds like Pfizer CEO Albert Bourla, who delayed getting his shot — whatever was in it — to “wait my turn.”

The sinister reemergence of Nazi elements in contemporary liberal democracies offers compelling evidence that the worst elements of the Third Reich were not defeated in 1945, but were, rather, secretly incubated in preparation for their eventual return. The lynchpin for this has been the CIA, set up by Wall Street with such an eventuality in mind. Thus, when German lawyer Reiner Fuellmich claims, «We’re fighting the same people over again that we should have brought down 80 years ago,» the true criminals are those at the apex of the capitalist system, who are now, as in the 1920s and 1930s, seeking recourse to totalitarianism to deal with the acute crisis of capitalism.

In 1974, Sutton asked, «Is the United States ruled by a dictatorial elite?» The «New York Elite,» he claimed, represent a «subversive force» imposing a «quasi-totalitarian state» in violation of the US Constitution (Sutton 2016, 167-172). Moreover, «While we do not (yet) have the overt trappings of dictatorship, the concentration camps and the knock on the door at midnight, we most certainly do have threats and actions aimed at the survival of non-Establishment critics, use of the Internal Revenue Service to bring dissidents into line, and manipulation of the Constitution by a court system that is politically subservient to the Establishment.» (SUTTON 2016, 172-3) In that respect, given the tight connection between Wall Street and the CIA, we would do well to heed Valentine’s claim that

«The CIA is the most corrupting influence in the United States. It corrupted the Customs Bureau the same way it corrupted the DEA. It corrupts the State Department and the military. It has infiltrated civil organizations and the media to make sure that none of its illegal operations are exposed.»

(Valentine 2017, 52) Ever since its foundation, the CIA has been the rot at the heart of US democracy and democracy worldwide. For 75 years, it has been committing crimes that the Nazis would have been proud of, all to protect the interests of Wall Street and the Atlantic ruling class.

With «Covid-19,» however, one cannot help but sense that the deep state has overplayed its hand. The CIA’s fingerprints are too obvious. For example, the psychological warfare operation of 2020 was clearly modelled on what Klein (2007, 8) calls the «shock doctrine,» which traces back to MKULTRA experiments and seeks to generate «moments of collective trauma to engage in radical social and economic engineering.» «Only a great rupture – a flood, a war, a terrorist attack – can generate the kind of vast, clean canvases» desired by social engineers, i.e. «malleable moments, when we are psychologically unmoored,» allowing social engineers to «begin their work of remaking the world» (Klein 2007, 21). The «Great Reset,» like 9/11, is modelled on this kind of «great rupture,» with the attendant psychological warfare involving the same techniques of isolation, defamiliarization, depatterning, disruption of behavioural patterns, etc. Schwab and Malleret, for instance, encourage decision-makers to «take advantage of the shock inflicted by the pandemic» to implement radical, long-lasting, systemic change (2020, 100, 102).

Or take the issue of face masks, which were mandated in public spaces in most countries. We cannot ignore the fact that inmates at Guantánamo Bay were made to wear blue surgical face masks (Courtesy Everett Collection).

Guantánamo Bay is a torture facility. MKULTRA experiments found that psychological torture is far more effective than physical torture: in particular, a combination of sensory deprivation and self-inflicted pain are the most effective methods, as practiced at Abu Ghraib prison in 2003 (McCoy 2007, 8, 41). Other photographs of Guantánamo inmates from 2002 show them wearing blackout goggles, gloves, thick caps, and industrial ear muffs, (i.e. sensory deprivation) as well as face masks (Dyer 2002; cf. Observer 2013; Rosenberg 2021). Despite the inmates’ abject condition, there appears to be no reason, from the photographs, why they cannot reach up and remove the face mask, other than fear of the consequences. This is the self-inflicted pain. Mask wearing is known to lead to «psychological and physical deterioration as well as multiple symptoms described [as] Mask-Induced Exhaustion Syndrome» (Kisielinski et al. 2021). So it is with the social pressure to wear the mask during «Covid-19,» which essentially induces mask wearers to self-harm. It is an advanced, highly effective form of psychological warfare aimed at breaking down public resistance to multiple nefarious agendas all being enacted at once.

Where does this leave us? According to Scott, «A former Turkish president and prime minister once commented that the Turkish deep state was the real state, and the public state was only a ‘spare state,’ not the real one» (2017, 30). This is now true also of Western «liberal democracies.» While most citizens, including nearly all academics, remain oblivious of the «deep state» and the full extent of its operations, contemporary social reality is fundamentally determined by «deep state» operations. Most people genuinely believe they have just survived a «pandemic» – which just so happens to necessitate a restructuring of the global political economy in the interests of the Atlantic ruling class – and many will vehemently defend that proposition. The reality, however, is that those people are the victims of the largest psychological warfare operation in history, which ranges all the way from military-grade propaganda to psychological torture techniques. It is little wonder that the powers that be now want to censor the internet. For once the reality of what is going on is widely understood, it seems inevitable that Wall Street’s long «century of enslavement» (Corbett 2014) will finally be brought to an end.»

«The pope instructs Vatican to entities to move all funds to Catican bank by september 30th 2022.» https://halturnerradioshow.com/index.php/en/news-page/world/pope-instructs-all-vatican-entities-to-move-all-funds-to-vatican-bank-before-september-30

Covid-19 was not a killer virus. The MSM was the real virus. When the CDC, NHS, and other ‘health care’ organisations did a recount of the amount of deaths truly connected to Covid-19, it turned out to be nothing more than a mild flue. How did the authorities brainwash the people into believing their lies? By means of an effective torture program, as confirmed by Amnesty International and others. Eight ways to effectively torture people into obedience had been let loose on the population. Most people succumbed. Don’t miss this episode in order to understand how the human mind works and how it could ever get to this point.

You are going to send email to
Move Comment