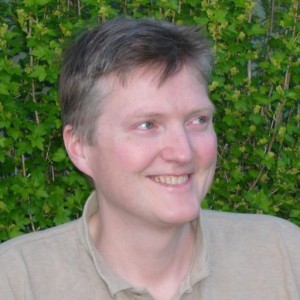 100 Bank og penger
Illuminati-innsideren Carroll Quigley fortalte om dette allerede i 1960-årene:
“Quigley further confirms that the far-reaching aim of this network “is nothing less than to create a world system of financial control in private hands able to dominate the political system of each country and the economy of the world as a whole. The system was to be controlled in a feudalistic fashion by the central banks of the world acting in concert, by secret agreements arrived at in frequent private meetings and conferences.”

Carroll Quigley Tragedy and Hope, A History of the World in Our Time. s. 324

101 Sentralbanker
Mayer Amschel Rothschild, grunnleggeren av finans- og Illuminati-dynastiet Rotschild uttrykte seg slik på 1700-tallet: “Give me control over a nation’s currency, and I care not who makes the laws“.

? How to Control People ?

Keep them Dumb – Keep them Poor – Keep them Busy.
The most important part of it all is to tell them that they are free!

Most Governments of the World are puppets of the Secret Government.
Is this Good – is this Bad – is this Necessary – is this Inevitable?
The right answer depends on your level of awareness.

The World Conglomerates traded their Soul for Money and Power.
By creating a world full of slaves by means of mind-control
they are in the process of de-souling mankind.

Sixty years ago the USA rejected Fascism.
Presently the USA Cabal is working very hard to embrace it.
Is the USA the continuation of the Third Reich?

Is it worthwhile to live as a robot and think that one is free?
Suppose the USA eventually controls the entire world
will that eliminate all wars and is it worth it?

An important Icelandic referendum and the media remains silent
by Mauro Santayana http://english.pravda.ru/world/europe/25-10-2012/122567-icelandic_referendum-0/

The citizens of Iceland voted in a referendum, on Saturday (20th), with about 70% of the voters. The basic text of its new constitution, drafted by 25 delegates, almost all ordinary men, chosen by direct vote of the people, included the nationalization of its natural resources. Iceland is one of those enigmas of history. Situated in an area warmed by the Gulf Stream, which winds in the North Atlantic, the island of 103,000 km2, is inhabited only along its coast.

The interior of high hills, with 200 active volcanoes, is entirely hostile – but this is one of the oldest democracies in the world, with its parliament (Althingi) running for over a thousand years. Even under the sovereignty of Norway and Denmark, until the late 19th century, Icelanders have always kept comfortable autonomy in their internal affairs.

In 2003, under pressure from neoliberals, Iceland privatized its banking system, up to that time state-owned. As they pleased major U.S. and British banks, already operating in the derivative market, in the spiral of subprimes, Reykjavik turned into a great international financial center and one of the biggest victims of neoliberalism. With only 320.000 inhabitants, the island became a comfortable fiscal paradise for the great banks.

Institutions like Lehman Brothers used the country’s international credit in order to attract European investments, particularly British. That money was applied to the financial casino, commanded by U.S. banks. The bankruptcy of Lehman Brothers exposed that Iceland therefore has taken debt exceeding ten times its gross domestic product. The government was forced to re-nationalize its three banks, whose executives were prosecuted and sentenced to prison.

In order to tackle the huge debt, the government decided that each of the Icelanders – of all ages – would pay 130 euros monthly for 15 years. The people demanded a referendum and, with 93% of the vote, decided not to pay that debt as it was the responsibility of the international financial system from Wall Street and the City of London.

The country’s external debt, built by the irresponsibility of banks associated with the largest global financial institutions, led the nation to insolvency and Icelanders to despair. The crisis has become political, with the decision of its people to change everything. A popular assembly spontaneously gathered and decided to elect a constituent body of 25 citizens, who didn’t have any partisan activity in order to draft the Constitutional Charter of the country.

To apply to the legislative body, the selecttion of 30 people was enough. There were 500 applicants. The chosen heard the adult population, who spoke via internet, with suggestions for the text. The government took over the initiative and formalized the committee to submit the document to the referendum held yesterday.

Upon being approved yesterday by more than two-thirds of the population, the constitution must be ratified by Parliament.

While Iceland is a small nation, away from Europe and America, and with an economy reliant on foreign markets (exports of fish, mainly cod), their example may serve other people, overwhelmed by the irrationality of the financial dictatorship.

During these few years, in which the Icelanders resisted against the harassment of large international banks, the international media have been conveniently silent about what is happening in Reykjavik. It is an eloquent sign that Icelanders may be paving the way to a peaceful world revolution of the people.

Translated from the Portuguese version by: Lisa Karpova, Pravda.Ru

“During The Best Period Of Economic Growth In U.S. History There Was No Income Tax And No Fed”

Iceland and Greece: a tale of two nations