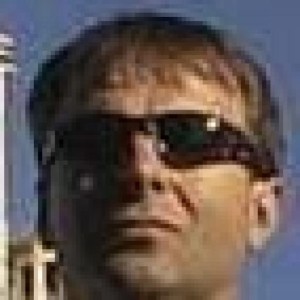 Når det gjelder Tolec har også han kommet med påstander som ikke står til troende, eksempelvis dette: The speeding up of your solar system & its planets including Earth due to the faster & higher frequency energy vibration rate of this area – their upliftment into the fourth density resulting in continued geophysical events and additional changes to planet Earth – these changes are projected to start by mid-October 2011.

We won’t have to put up with all these destructive things much longer, as all these man-made 3D creations on earth will dissipate into fine energy particles when earth finally shifts into her 4th dimensional place in space. Dec 21st 2012, actually, will be the starting point – the alignment of the planets – keep your eyes peeled people and witness a true miracle of transformation that this planet will go through…At Dec 21st 2012 will actually be the beginning of the end of an opaque 3D organic earth with a year long transformation period throughout all of 2013 to it becoming a completely translucent 4D spirit essence, higher vibrational fine matter earth.

Dec 21st 2012…the Alignment of the planets… Supercharged electromagnetic particles will be flowing and interchanging between planets during 2012 alignment, they will be highly magnified – supercharged, if you will. When they reach earth they will penetrate the crust down into the core of the earth and at the actual moment of alignment it will cause the earth to pause. Keep in mind the current core of the earth, at least, according to the astrophysicists on the Andromeda Council say that the current core of the earth is actually plasma. It is light blue in color and it continuously releases waves of energy outward towards the earth’s surface. It is not ‘red hot molten iron’ as most scientists on earth believe, at least what they theorize. In any case, as these supercharged electromagnetic particles reach the core of the earth they will increase the core’s vibration and elevate it to way beyond anything that has ever been before and these particles will manifest a complete change, a complete transformation in the nature of this plasma core.

At the peak of this transformative moment of the earth’s plasma core, there will be a beautiful brilliant sparkling white light explosion and a new energy source, a new energy core, will be created at the earths core. The particles from this new energy source will expand from the center of the earth outward through the planet and into space. If people are watching and so too visitors from space, they will be able to see this event – our planet emanating these new core energy particles.

We now have the transformed core of the earth that is no longer plasma, and keep in mind, THIS IS UNIQUE, more over THIS IS AN EXTREMELY RARE EVENT, and has not happened this way before to a planet. According to the Andromeda scientist’s records this kind of event has happened to stars many times before, but never to a planet, and in Andromeda Constellation language specifically the language of the Merox Star System, the Andromeda Council scientists call this reborn transformed core, this new energy source from the center of the earth – SAR. This planet will no longer have waves of energy pulsing outward from a plasma core, but rather a continuous release of the new SAR energy particles that will emanate outwardly to space.

Therefore in order to bring back to center this question of ‘Time’ discussed, given the inherent nature and lower vibration of the plasma core that created the condition of time on this planet, this vibration of ‘Time’ on this planet will begin to go away. And no matter what scientists try to do, and they will try, but they won’t be able to, to institute a fold or fake time program to keep society working and in synch, they just won’t be successful. So from Dec 21st 2012 ‘Time’ as we know it will perpetually diminish and continue to go away thoughout all of 2013 until the complete transformation of earth into a 4D planet, which will happen in January 2014.

At Dec 21st 2012 will actually be the beginning of the end of an opaque 3D organic earth with a year long transformation period throughout all of 2013 to it becoming a completely translucent 4D spirit essence, higher vibrational fine matter earth.
What will a reborn higher vibrational 4D earth look like in its future? Lets say 3D people travelling through space in the year 2017 and they are approaching a newly reborn 4D earth, they would see much like a crystal clear sparkling beautiful orb, crystal clear with a blue hue to it, blue glow. keep in mind it will be completely translucent, completely clear but sparkling, this is all they will see.

Comparatively, lets say we have a group of higher dimensional 4D people, travelling through space heading toward earth to visit. On approach they would see a brilliantly lighted planet, sparkling! covered with a bright glowing light and this bright glowing light will actually be sort of a deep layer of bright light. They would enter into this layer of light they would come through it and then what they would see is much more like a high definition HD, very sharp, very clear, beautiful beautiful planet with vibrant colors and revealing oceans, landmasses, mountains, streams, hills and the bright lights of the new communities that will be established on this reborn earth.

“…and at the actual moment of alignment it will cause the earth to pause.”

Nikola Tesla sa: “If you want to find the secrets of the universe, think in terms of energy, frequency and vibration.”

The Possibilities of Deception and the Reality of 2012 and Onward?
The Deception of 2012 is the propaganda of the ideology that the world is teaching. The truth is beginning to unravel behind the occult definition of end-of-the-world saga, or an awakening. The occult definition is the old system of government duality into the beginning of the New World Order and the Age of Aquarius—the reference is of death and rebirth. The mind-set to cause fear and panic and deluded humanity from the true agenda. From the numerology that is presented—the occult is using 2012 as an beginning to their “New Age” of fascist domination of the New World Order, however; the illuminati could cause a false reality that perceives that the world will end, but then generate a “savior” and strong possibly of an alien presence. Producing an alien savior, then causing manipulation between the aliens and humans that generates are war is highly possible—then the Antichrist can arrive and save the world from the alien war, although the entire situation is staged. Then in 2018, the end of the 70 year exile, the Jews can build their temple (or possibly before), because the aliens will have bombed the temple area. The New World Order will be in full swing establishing their “One God” the antichrist, and possibly the complement date could be 2020.

“There should be no doubt that the powers of the darkness manipulated the Mayans to concluded their long count calendar during this decade that correlates with last decade of the Jewish 70 year exile defining as having a nation, but no temple.”

Her snakker Tolec om “The Galactic Federation of Light”:

The Clash: Should I Stay Or Should I Go
http://www.youtube.com/watch?v=GqH21LEmfbQ

R.E.M: It’s The End Of The World As We Know It (and I Feel Fine…)
http://www.youtube.com/watch?v=_eyFiClAzq8