What time is it?

Awake, it seemed, though not to bright,

the moon and stars the light of night,

The moonlight fell forlorn and cold,

upon the ages of the old,

What time is it? What’s next to come?

Where are the souls all coming from?

The end of time, what else is there?

Are you and I truly here?

I felt the thoughts of others flow,

The night was mad with love and fear,

I bent my consciousness to hear,

Are you and I infinity?

Moaning trees the wind made sound,

They told me what their roots had found,

A simple truth yet so profound,

My brain was choking, thought was drowned,

I knew that matter came from mind,

Third eye was no longer blind,

This is my creation

truth to every sovereign nation

we could have a utiopian civilization

with a sense of intelligence

and a rightous tense vengance

only joy on the faces of all the races

Don’t be a product – tare down the construct

unless we all will be confined

in a microchip reality that has been designed

to narrow our experience of the mind

and end freedom of thought for humankind

Solitude in a crowded place

Living hand to mouth in the rat race

Blood is boiling from frustration

Trapped in an alien nation

Runaway slave from the ignorance plantation

Revolutionary love is the truth that I found

This is a true tale of real men and mice,

of people who’s only desire is a handful of rice,

I can hear them in my dreams, I wake from their cries,

Do you enjoy all your bling-bling while everything dies?

Is it nice to live your life on some twisted black lies?

Picture your brothers and sisters in tears,

they’ve gone hungry their whole life and nobody cares,

Can you blame them for wanting what’s rightfully theirs?

Will you turn the blind eye for the next coming years?

I’m scared of the future – what eternity brings,

but take me to tyrants and rulers and kings,

I’ll show them a mirror and make sure that it stings,

and if that aint enough to bring down these dark rings,

I’ll take away their life before the fat lady sings…

There is no more mystery, we know who’s to blame,

“The best of the best” have got no shame,

If you ain’t a player – you’ll still lose this game,

just dont sell your soul for money and fame…

After the sunrise and until the day,

Over the mountains and far far away,

High above the oceans and under the bay,

If you look real hard and long enough they say,

you might find the green meadow where freedom lay…

for some greedy old white men and their silly games,

Think my story is harsh, does not fit in your frames?

I dont care ’bout your feelings – I’ll strap up and take aims,

No limitation is true

unless the creator are you

Be your own guide

The color of yellow are blue

Truth only comes from within

do not think you are what you’ve been

What makes you different from me

is just from which point that you see

There is no seperation

This is all preparation

To what we are destined to be

Ignore all the chatter

And soon we will call ourselves I..

This is an information transformation of intercosmic radiation

There’s an intervention convention regarding our soul redemption

and the confession is in the expression not the impression

The celestial prophecy is that the aristocracy-plutocracy

is of relevance to the deliverance of non-dualistic harmony emergency

Your world is controlled by a handful of people

who consider you their property, slaves and their sheeple,

They are the puppet masters who make presidents dance to their tune,

and they think they own your DNA, this planet and the moon,

they push their doctrines on the CEO’s, the results are doubtless,

if the masses don’t buy it they will make an event,

The Patriot Act makes it illegal to see beyond the veil,

Make a future for your children – let’s brake free from this jail,

I’m the benevolent avenger for the secrets of the sand,

I see truth through the terror and it takes me to the promised land,

This is an information war and a spiritual battle

for equality of mankind we don’t have to be cattle,

No snowflake ever felt responsible in an avalanche,

Let’s brake the neocon shackles and give truth a chance,

Freedom is the absence of fears,

I see through fake smiles and crocodile tears,

And it’s not about how intelligent you are,

it’s all about what you choose to focus on,

Distractions are created all around

to keep us from seeing what’s really going on,

The populous are victims of dire manipulation,

There’s a thousand people hacking at the branches of evil

to the one hacking at the root,

the problem at the root …

Could it all be planned …

Could there be a reason why the youth is acting militant

History repeats itself, this is all historical

and you can read this shallowly and think I’m metaphorical

Or you can listen to your soul and try to understand

the reason why, the masterplan written by the hidden hand

if we dont act responsibly soon we all will burn

When we start to realise that we have been betrayed

Our leaders all have sold us out our freedoms been delayed

To the Top of the Pyramid

Seems you’re stuck with you

Your mind is full of MTV

I can’t get through this wall I see

What you could have been to me

So wave goodbye and wish me well

I’m headed for the top of the pyramid

I am going to hell

With a “nu-clear” bomb wrapped around my guts

But remember, should I disappear or do a Cobain

just know the CIA or Mossad’s been active again 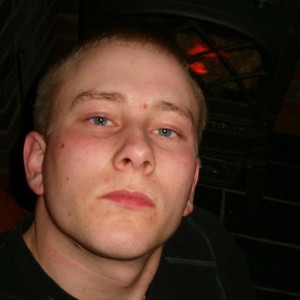 There is something deeply yearning
In the soul’s most inner reach,
And, at first, you hear it whisper
Like the waves upon the beach.

It sings along the treetops
As it rides upon the wind
Like the sobbing and the sighing
Of a hidden violin.

Yes, the voice begins so softly,
But it slowly seems to grow.
It rises to a rumble
Like an avalanche of snow.

It brings the sound of marching
With a throb of jungle drums.
You can feel the pounding rhythm
Ever rising as it comes!

When the people lose dominion
Over life and liberty,
Comes a cry for revolution,
Comes a clamor to be free!

So, you tyrants and usurpers
Heed the anger of the brave,
For, once more the cry has risen:
“Either freedom or the grave!”

Drove from grazing land,
including all mankind.
All those years in school,
corrupted to be ruled.

The coming of black Suns,
collecting of the guns.
It’s all a grand scam plan,
but most don’t give a damn!

They wonder what she’ll wear,
while all she spread is fear.
Red carpet soaked in blood,
to cover truths of flood.

Planets grand headsman,
merging all our lands.
Supplying all the dope,
trough times with Mr. Pope

She preaches of The Lord
at pinpoint of a sword.
Don’t want you to know
of stars below above.

There’s life upon the Moon,
they’re coming here real soon.
Our clear blue summer sky’s,
all clouded from their hive’s.

Well that is what they say,
so we’ll continue pay.
She can’t have enough,
or all their tech’s a bluff.

War chaos and confusion,
snap out of the illusion.
Afraid that all their lies,
will open up your eyes.

To this and that intend,
she wants your life to end.
Rid your fear right now,
or go down with her Cow.

Agitators are a set of interfering, meddling people, who come down to some perfectly contented class of the community and sow the seeds of discontent amongst them. That is the reason why agitators are so absolutely necessary. Without them, in our incomplete state, there would be no advance towards civilisation.

With Love from Haugesund ;)

TRUTH just stands there, being the truth. It is constantly being assaulted, yet never flinches. It is maligned, scoffed at, ridiculed, denied and defamed. Yet it remains.
It bears the insults, the sneers and the denials. Still, there it stands, steadfast. It’s popularity is never very high and often near zero. But, there it is, changing nothing to gain greater appeal. It just keeps being the truth.
Naysayers and deniers come and go. Throughout the ages there has been a steady stream of counterfeiters, each with a ‘newer’ lie. A ‘better’ tale. Before long, they all fall.
But there stands the TRUTH/ Simple. elegant, unadorned. Unchanged and unchangeable.
A thousand years ago it was true. Ten thousand years hence it shall be also. It needs not that anyone defend it. It is the TRUTH, after all.
.
.
Jesus, praying to the heavenly Father for his disciples,and all that would believe on their word, said “Sanctify them through thy truth: thy word is truth.” (John 17:17)